Do not use this tag! Google+ was shut down by Google on April 2, 2019. Google+ is an interest-based social network that is owned and operated by Google Inc.

Google+ was discontinued by Google for consumer accounts on April 2, 2019. It's still available for G Suite accounts.

Google+ (read as Google Plus or abbreviated to G+) is a social networking service owned by Google launched late June 2011.

It's the search engine company's attempt to create a rival to Facebook. Google+ integrates Google's other social services including Google Profiles and Google Buzz.

One major concept of Google+ are circles. Much like groups or friends lists in Facebook, circles allow users to categorize their contacts. These contacts themselves do not know which circle they have been placed in.

Content sharing between Google+ users is asymmetric and best described in the following flowchart: 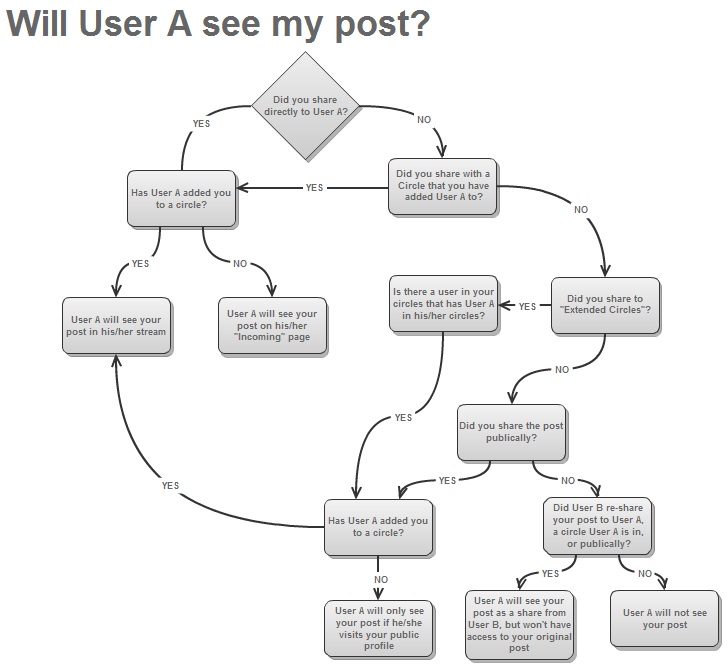 How do I export my Google+ pictures?

How do I hide my Google plus profile picture from myself?

Delete all Google Plus Posts, Comments, or +1's

Where I can find my own Google+ Play reviews and ratings?