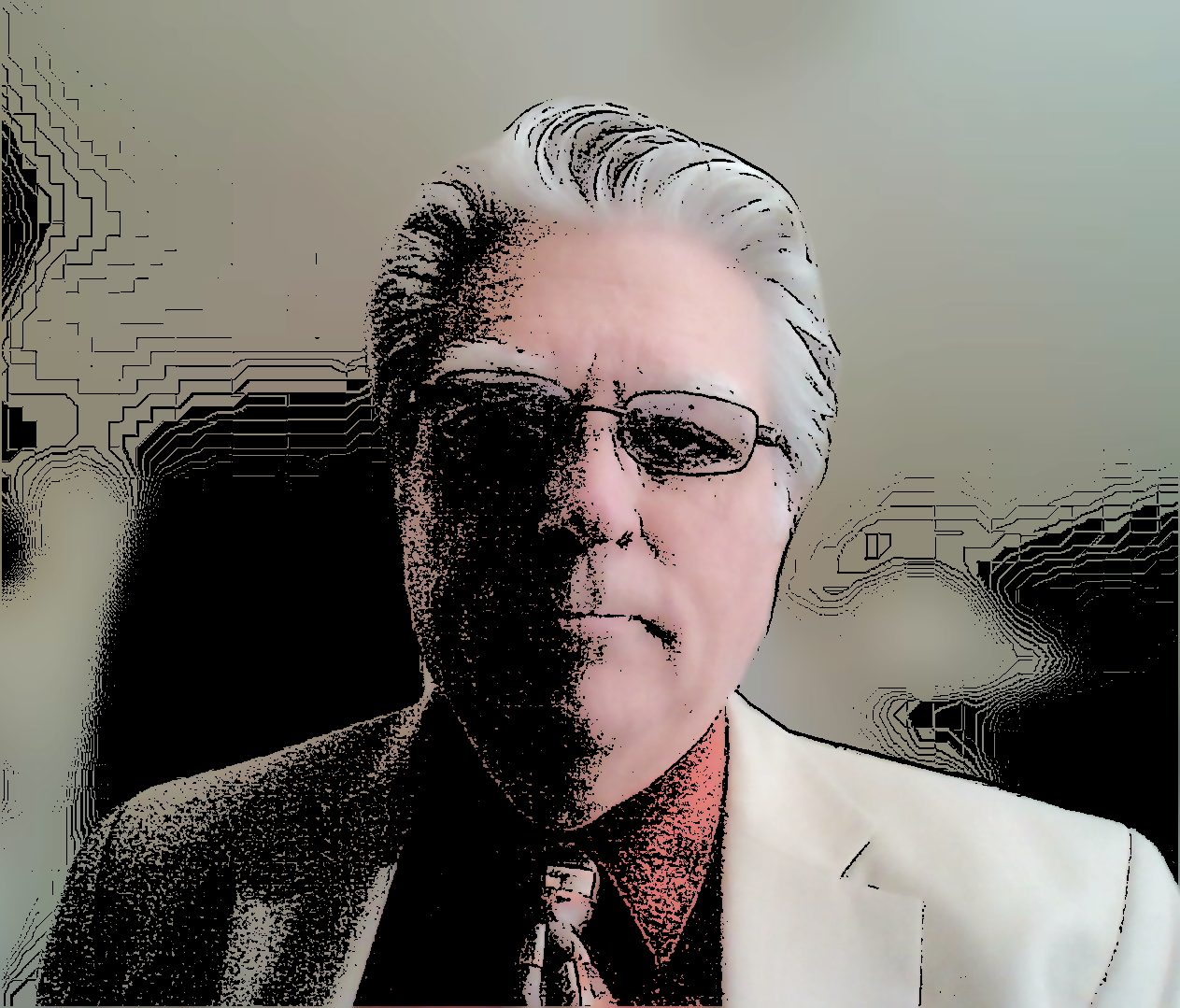 Also, I compiled an anthology/omnibus comprised of those three works: 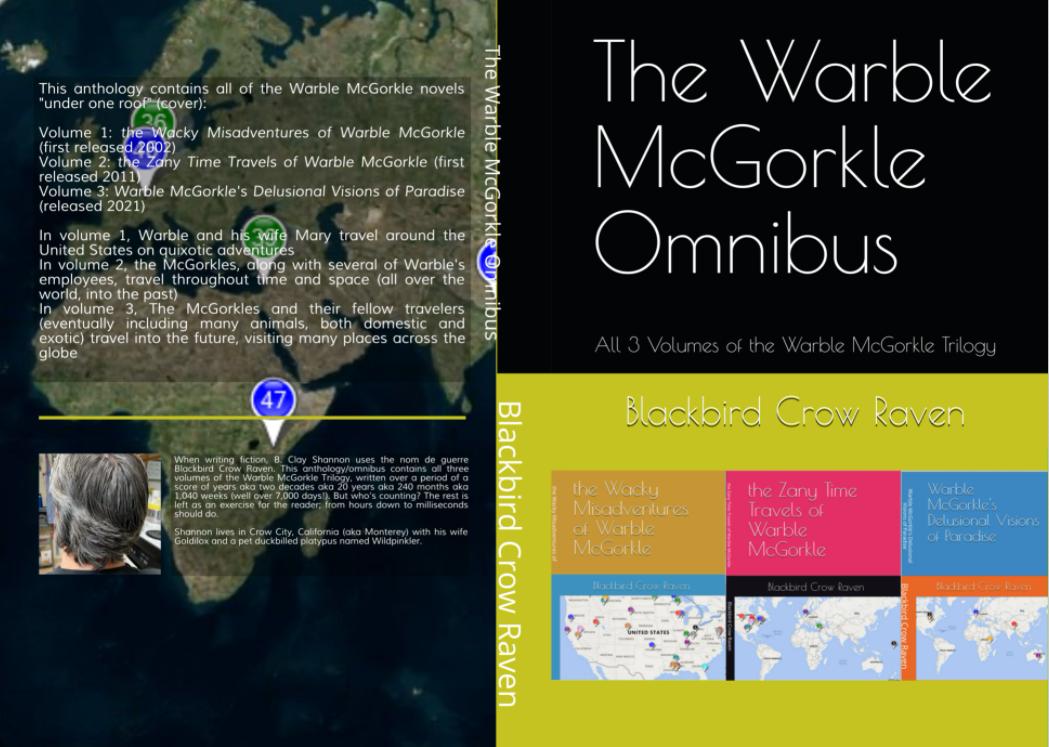 Here are all four covers: 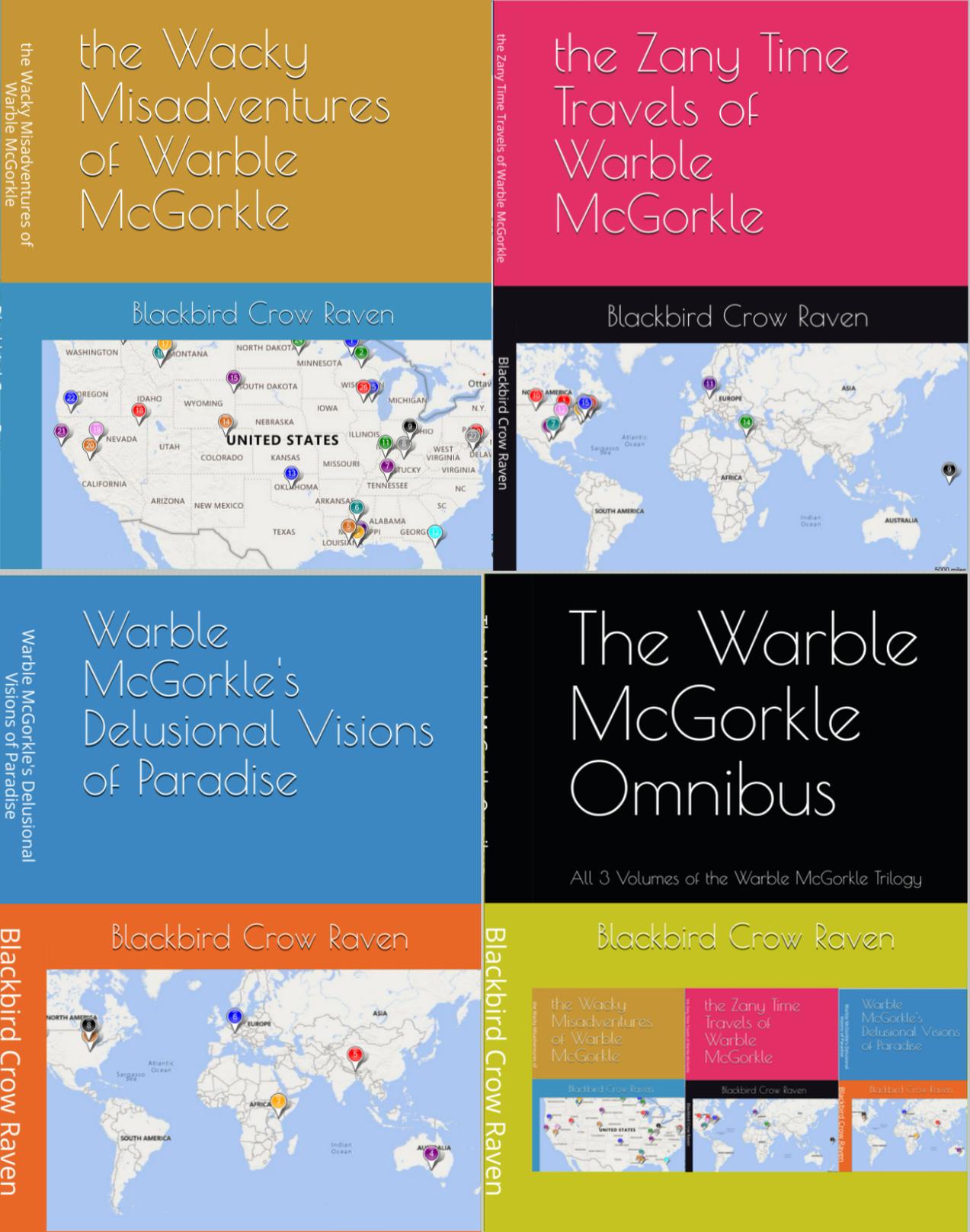 I have lived in eight states; besides my native California (where I was born and where I now again reside) in chronological order I have infested: New York (Brooklyn), Montana (Helena), Alaska (Anchorage), Oklahoma (Bethany), Wisconsin (New Berlin and Oconomowoc), Idaho (Coeur d'Alene), and Missouri (Piedmont).

I am a writer of both fiction (for which I use the nom de guerre "Blackbird Crow Raven", as a nod to my Native American heritage - I am "½ Cowboy, ½ Indian") and nonfiction, including a two-volume social and cultural history of the U.S. which covers important events from 1620-2006 and can be downloaded gratis here.

All Questions Answers
Votes Newest
3 How can I get my thumbnail to display by my posts to Google Groups? Dec 16 '16
2 How can I sign in to a newly created Gmail account? Mar 29 '17
1 Why does Twitter say I've got tweets, but then pull the football away? Sep 26 '13