Migrate Google Chats from One Google Account to Another

I have two Google accounts - an old one that I used for a while as a kid, and a new one I opened when I became a working professional and needed a professional-looking personal email address.

It's been a few years now, and I wanted to close the old account without losing the old messages. There's a large amount of content tied up in emotional history (old girlfriends, family members that have passed away, etc) so I don't want to shutdown the old account until that archival operation is complete.

Ideally, the data from the old account would show up in the new account in the same locations, looking like they belong there "natively" (except for the different email address).

I've managed to migrate everything so far by syncing both accounts in Outlook for Mac 2016, then moving emails from one to the other and letting them sync (30,000 emails took a long time...), but chats don't show up in Outlook. I've not found another way to migrate chats. 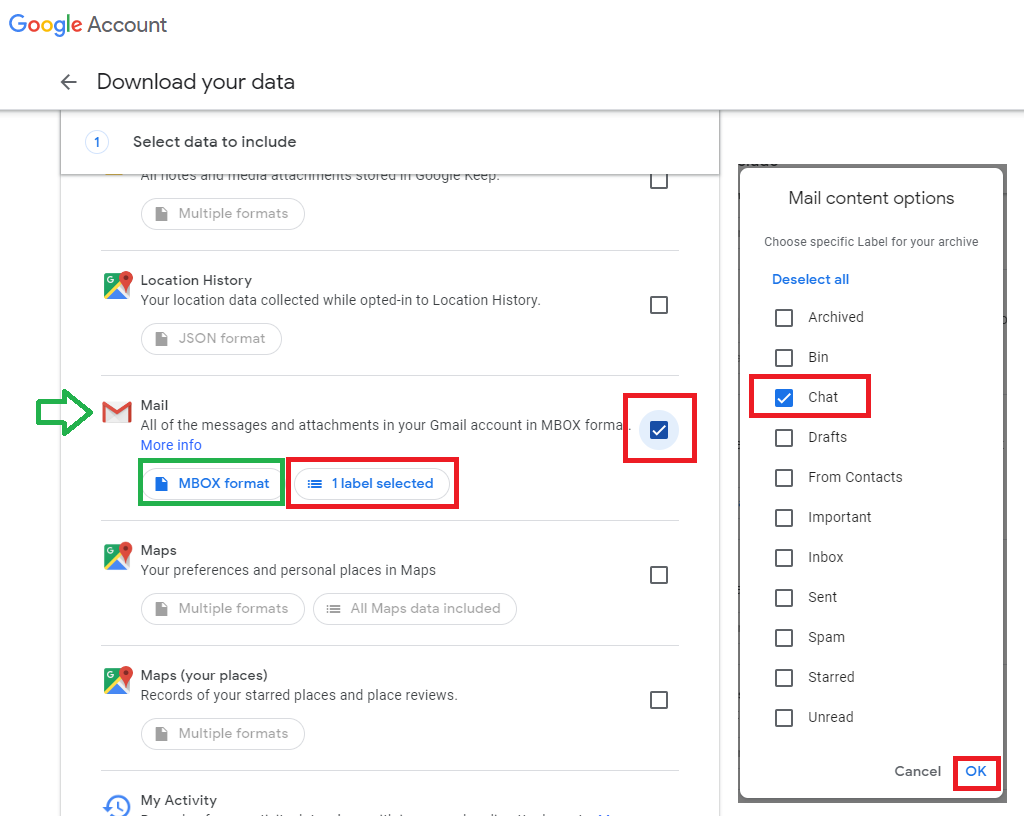 Then just import it where you need it with:

1
Gmail accounts involuntarily linked
2
Migrate Google+ Stream and other content to another account
1
Migrating POP to IMAP with Outlook and Gmail, which way will it synchronise?
3
Getting [SYS/TEMP] Temporary system problem when importing to Gmail from Google Apps
0
Synchronising one Yahoo! email account from another Yahoo! account?
0
How to recover a Google Account that I already have full access to and know the password?